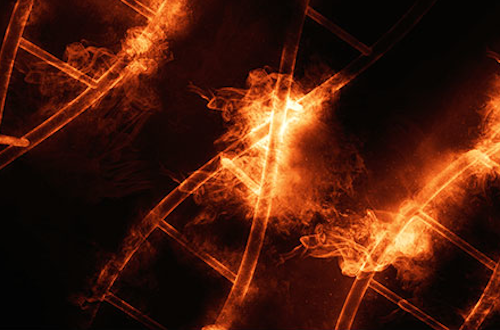 Experiments have shown that chiral organic molecules can act as electron spin filters, an effect termed chiral-induced spin selectivity. The lack of a theoretical explanation for its origin and the availability of only indirect evidence for the spin polarization has hampered its development though.

The helical distribution of the electronic density in chiral molecules, such as DNA and bacteriorhodopsin, has been suggested to induce a spin–orbit coupling interaction that may lead to the so-called chirality-induced spin selectivity (CISS) effect. Key ingredients for the theoretical modelling are, in this context, the helically shaped potential of the molecule and, concomitantly, a Rashba-like spin–orbit coupling due to the appearance of a magnetic field in the electron reference frame. Symmetries of these models clearly play a crucial role in explaining the observed effect, but a thorough analysis has been largely ignored in the literature. In this work, we present a study of these symmetries and how they can be exploited to enhance chiral-induced spin selectivity in helical molecular systems.
Get it
Effective nonlinear model for electron transport in deformable helical molecules
E. Díaz, A. Contreras, J. Hernández and F. Domínguez-Adame

The helical conformation of electric dipoles in some chiral molecules, such as DNA and bacteriorhodopsin, induces a spin-orbit coupling that results in a sizable spin selectivity of electrons. The local deformation of the molecule about the moving electron may affect the spin dynamics due to the appearance of bright solitons with well-defined spin projection onto the molecule axis. In this work, we introduce an effective model for electron transport in a deformable helical molecular lattice that resembles the nonlinear Kronig-Penney model in the adiabatic approximation. In addition, the continuum limit of our model is achieved when the dipole-dipole distance is smaller than the spatial extent of the bright soliton, as discussed by E. Díaz et al. [New J. Phys. 20, 043055 (2018)]. In this limit, our model reduces to an extended Davydov model. Finally, we also focus on perturbations to the bright soliton that arise naturally in the context of real helical molecules. We conclude that the continuum approximation provides excellent results in more complex scenarios.
Get it
Thermal decoherence and disorder effects on chiral-induced spin selectivity
E. Díaz, F. Domínguez-Adame, R. Gutierrez, G. Cuniberti and V. Mujica

We use a nonlinear master equation formalism to account for thermal and disorder effects on spin-dependent electron transport in helical organic molecules coupled to two ideal leads. The inclusion of these two effects has important consequences in understanding the observed length and temperature dependence of spin polarization in experiments, which cannot be accounted for in a purely coherent tunneling model. Our approach considers a tight-binding helical Hamiltonian with disordered onsite energies to describe the resulting electronic states when low-frequency interacting modes break the electron coherence. The high-frequency fluctuating counterpart of these interactions, typical of intramolecular modes, is included by means of temperature-dependent thermally activated transfer probabilities in the master equation, which lead to hopping between localized states. We focus on the spin-dependent conductance and the spin-polarization in the linear regime (low voltage), which are analyzed as a function of the molecular length and the temperature of the system. Our results at room temperature agree well with experiments because our model predicts that the degree of spin-polarization increases for longer molecules. Also, this effect is temperature-dependent because thermal excitation competes with disorder-induced Anderson localization. We conclude that a transport mechanism based on thermally activated hopping in a disordered system can account for the unexpected behavior of the spin polarization.
Get it
Spin dynamics in helical molecules with non-linear interactions
E. Díaz, P. Albares, P. G. Estévez, J. M. Cerveró, C. Gaul, E. Diez, and F. Domínguez-Adame

It is widely admitted that the helical conformation of certain chiral molecules may induce a sizable spin selectivity observed in experiments. Spin selectivity arises as a result of the interplay between a helicity-induced spin–orbit coupling (SOC) and electric dipole fields in the molecule. From the theoretical point of view, different phenomena might affect the spin dynamics in helical molecules, such as quantum dephasing, dissipation and the role of metallic contacts. With a few exceptions, previous studies usually neglect the local deformation of the molecule about the carrier, but this assumption seems unrealistic to describe charge transport in molecular systems. We introduce an effective model describing the electron spin dynamics in a deformable helical molecule with weak SOC. We find that the electron–lattice interaction allows the formation of stable solitons such as bright solitons with well defined spin projection onto the molecule axis. We present a thorough study of these bright solitons and analyze their possible impact on the spin dynamics in deformable helical molecules.
Get it
Solitons in a nonlinear model of spin transport in helical molecules
P. Albares, E. Díaz, Jose M. Cerveró, F. Domínguez-Adame, E. Diez and P. G. Estévez

We study an effective integrable nonlinear model describing an electron moving along the axis of a deformable helical molecule. The helical conformation of dipoles in the molecular backbone induces an unconventional Rashba-like interaction that couples the electron spin with its linear momentum. In addition, a focusing nonlinearity arises from the electron-lattice interaction, enabling the formation of a variety of stable solitons such as bright solitons, breathers, and rogue waves. A thorough study of the soliton solutions for both focusing and defocusing nonlinear interaction is presented and discussed.
Get it
Nonequilibrium transport through a disordered molecular nanowire
P. Thiessen, E. Díaz, R. A. Roemer and F. Domínguez-Adame

We investigate the nonequilibrium transport properties of a disordered molecular nanowire. The nanowire is regarded as a quasi-one-dimensional organic crystal composed of self-assembled molecules. One orbital and a single random energy are assigned to each molecule while the intermolecular coupling does not fluctuate. Consequently, electronic states are expected to be spatially localized. We consider the regime of strong localization, namely, the localization length is smaller than the length of the molecular wire. Electron-vibron interaction, taking place at each single molecule, is also considered. We investigate the interplay between static disorder and electron-vibron interaction in response to either an applied electric bias or a temperature gradient. To this end, we calculate the electric and heat currents when the nanowire is connected to leads, using the Keldysh nonequilibrium Green's function formalism. At intermediate temperature, scattering by disorder dominates both charge and heat transport. We find that the electron-vibron interaction enhances the effect of the disorder on the transport properties due to the decrease of the coherent electron tunneling among molecules.
Get it 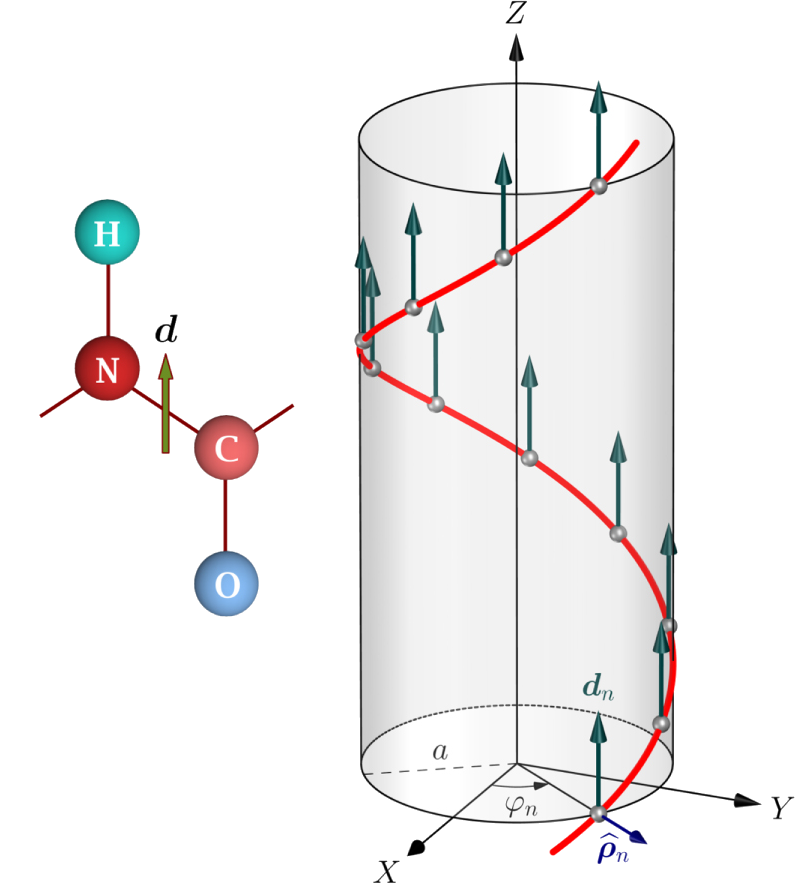